Hurry up and wait

I did a Skype call with a college student who is considering pursuing a job in the Foreign Service.  One of the things we talked about is how long it takes to get in - at least eight months worth of various tests, then several months of background checks, then your name goes on a list based on what score you earned, then, maybe, if your score is high enough, they'll call you for one of the few orientation classes they have every year.  It is the cycle of things in this life.

The Historian and I have been marking our own hurry up and wait milestones - him coming here, me going there, our vacation to Ireland, and ultimately my leaving Jamaica and ending this separation.

But now we've one more - we know where we'll be in 2019!  My second tour is the last tour that is "directed" - meaning I give my Career Development Officer (CDO) a bid list of preferred posts, and then a team assigns one to me.

This time was much more complicated than the last, as we had to consider both our personal priorities (quality of life, ease of bringing the kitties, etc.) and my career priorities (a Public Diplomacy job, embassy size, bureau).  I also had to consider mandatory things like meeting my language requirement for tenure and timing.  A "perfect" bid would have me leaving Jamaica two years after arriving (July 2018) and arriving at my next post when they wanted me, with enough time in between to learn a language, take home leave, and take any other training required for my job.

If this all sounds complicated, it was.  Incredibly!  (Corporate America would have built an app for this in half a day.)  But we did a practice run on an old list, and The Historian came up with a clever way to map out all of the dates for each post we considered so we could see if the timing worked.   Of the 350 or so on the initial list, we eliminated many right away as they were either not PD or the timing was impossible.  I also qualified for the first round of bidders because of Jamaica's hardship differential, which meant we could also set aside places that didn't meet our personal priorities.

It was an amazing feeling to look at the remaining posts and think about the possibility of living in each of them.  Eventually we winnowed our options down to 19, submitted the list, and left for Ireland to wait with bated breath for news... 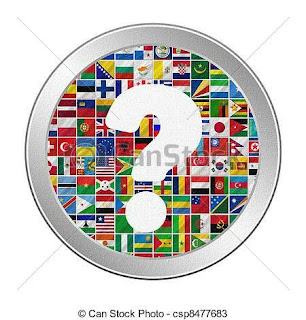